At the annual general meeting in Embellence Group AB (publ), the shareholders resolved upon the following:

Allocation of profit or loss
The annual general meeting resolved on a dividend of SEK 0.80 per share. The record date for the dividend payment was decided to be 5 May 2022 and the dividend is estimated to be paid out to the shareholders on 10 May 2022.

The annual general meeting further resolved that fees shall be paid in accordance with the nomination committee’s proposal, meaning a fee of SEK 1,750,000 in total, with SEK 500,000 to the chairman of the board and SEK 250,000 to the other members of the board of directors that are not employed by the company or the group.

Authorisation to issue new shares
The annual general meeting resolved, in accordance with the board of directors’ proposal, to authorize the board of directors – at one or several occasions and for the period until the next annual general meeting – to increase the company’s share capital by issuing new shares to such extent equal to a dilution of not more than 20 percent, after full exercise of the authorization. New issues of shares may be carried out with deviation from the shareholders’ preferential rights and with or without provisions for contribution in kind, set-off or other conditions.

The information was published for public disclosure on 3 May 2022 at 21:15 CEST through the agency of the contact person set out below. 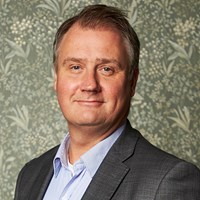